This term, we have such an exciting topic planned! We will learn so many facts about Space and the Moon Landing of 1969. We will take part in some fantastic activities including visiting the Planetarium, making aliens and reading evidence given from 'NASA'. Please use the link below to learn more about the skills and objectives that we intend to cover.

Happy New Year! It has been lovely to hear about what the children did over the Christmas holidays, we hope you had a lovely time! They enjoyed writing about it in English this week. In Maths, we have continued to learn about numbers to 20, including ordering numbers and spotting patterns. We also carried out a winter investigation in Science! Our task was to unfreeze a toy person out of ice. We spoke about how we could do this and predicted which method would be the quickest to save the person. We had to watch really closely to see what happened when testing the ice with water, salt, tools and leaving it alone. We then wrote about what we found out. Some of the children were surprised that the results were different to their prediction!

We have had a creative week in Year One! We have started our Art lessons which are linked to our topic. We looked at pictures of planets and spoke about the colours we could see. We learned about primary and secondary colours and created our own colour wheel. In Maths, we have started to learn about addition and subtraction to 20. This week, the focus has been on adding and although it has been really tricky to understand, the children have tried really hard! In English, we have reordered and edited sentences about Space to make sure that they made sense and had a capital letter, full stop and finger spaces. We also followed instructions to make an alien handprint! Keep an eye out for the photos of the step-by-step process!

Wow! What an exciting week. We had a visit from the Planetarium on Friday. Mr Morton told us lots of facts about planets, the Moon landing and Earth. We crawled into the Planetarium and went stargazing! It was dark but we listened really carefully. We learned some names of constellations and what they look like - we are going to keep an eye out to see them at night! We also looked at the planets in the Solar System and we were fascinated by what we found out. Mr Morton also answered some of the questions we had about Space and gave us a useful tip for our Moon Diary homework - he said we wouldn't see the Moon until much later in the evenings over the next week but we should be able to spot it in the mornings instead. Also this week, we have continued to learn about addition in Maths. There have been some tricky concepts to learn, including adding from the tens and then from the ones. We are trying very hard to understand it and using the tens frames, counters and our understanding of partitioning numbers to 20 is helping us with this. In English, we wrote some instructions for how to make an alien handprint and also learned about the use of imperative verbs and time connectives in instructions. Next week, we will be applying all of this learning to write instructions based on 'The Way Back Home' clip. We will also be finding out information about the Moon. We can't wait!

This week, we have started to learn about subtraction in Maths and methods leading to column subtraction, including subtracting by counting back and subtracting from ones. In English, we had an exciting delivery! We watched the John Lewis advert 'The Man on the Moon' and he had sent us some facts all about the Moon. We used our phonic knowledge really well to read the information and then we had to edit them as there were some important bits missing! We wrote some brilliant sentences about what we had found out, using adjectives to describe. In Science, we have started to learn about materials. We had lots of everyday objects to group into what they were made from - plastic, wood, metal or fabric. We also spoke about what each material was like, using words like 'hard', 'soft', 'waterproof' and 'transparent'. Next week, we will be carrying out a Science investigation which will require us to use our knowledge of properties of materials to predict, investigate and record our findings!

In Maths this week, we have continued to learn about subtraction within 20 in Maths, learning how to subtract from the ten. The children have tried so hard to remember all of the steps involved in working out the answer and used the equipment to help them too! In English, we have been learning all about the Moon Landing in 1969. The children loved watching videos of what happened, especially when Neil Armstrong took his first steps on the Moon. We wrote sentences about this event and the children were brilliant at remembering key dates and historical language to include in their writing. We carried out a Science investigation to find a waterproof and bendy material for Baby Bear's helmet, based on the story 'Whatever Next'. We predicted which material would be the best out of cardboard, plastic, paper and wool. We recorded our results based on whether they were waterproof or bendy and then wrote up our findings. We have also started our Computing lessons, learning how to create an animation. The children enjoyed using the program '2Animate' to create an animation for a rocket launch. Next week, we have our Moon Zoom day on Wednesday 13th February. The children can come in to school dressed as Space people or as an astronaut. We can't wait to celebrate the end of our topic by taking part in lots of Space based activities!

This week, we celebrated the end of our 'Moon Zoom' topic by having our own Moon Party! The children all looked fantastic and enjoyed the activities throughout the day. They collected moon rocks, tried out the long jump (as there is less gravity on the Moon, the children tried to see how far they could go!), created their own NASA badges by colouring them in, had a go at throwing the ring on Saturn and space hopping! We also had a go at Star Wars yoga, it was lots of fun trying to copy the actions. Please have a look at the photos to see what we got upto. Also this week, we finished our Maths learning on addition and subtraction within 20. We focused on fact families and had to remember where the whole number goes in an addition and subtraction calculation. We have also finished our Computing lessons on creating animations, continuing on from last week to recreate elements of the 1969 Moon Landing.

We hope you all have a lovely half term break, we return to school on Monday 25th February. 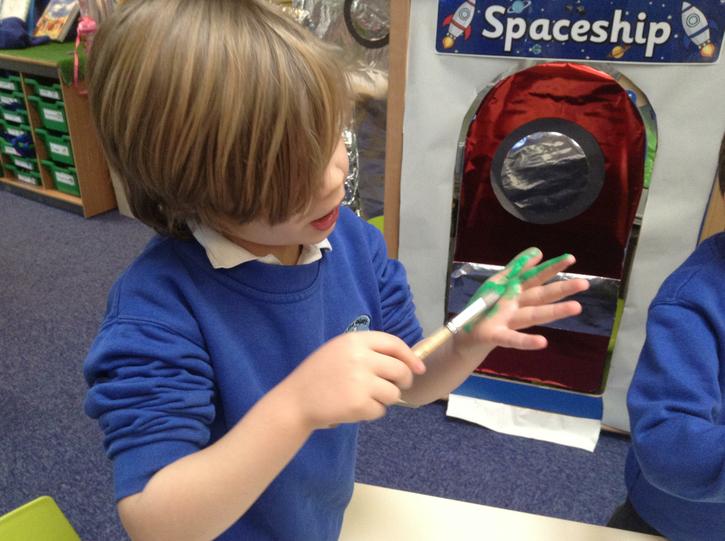 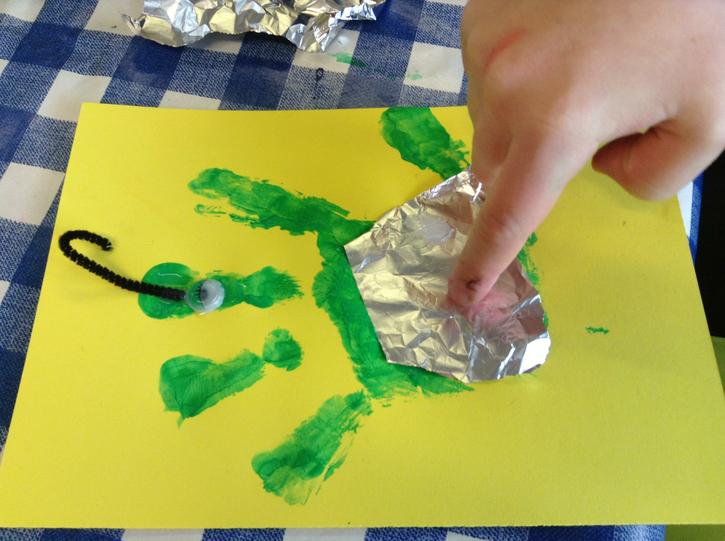 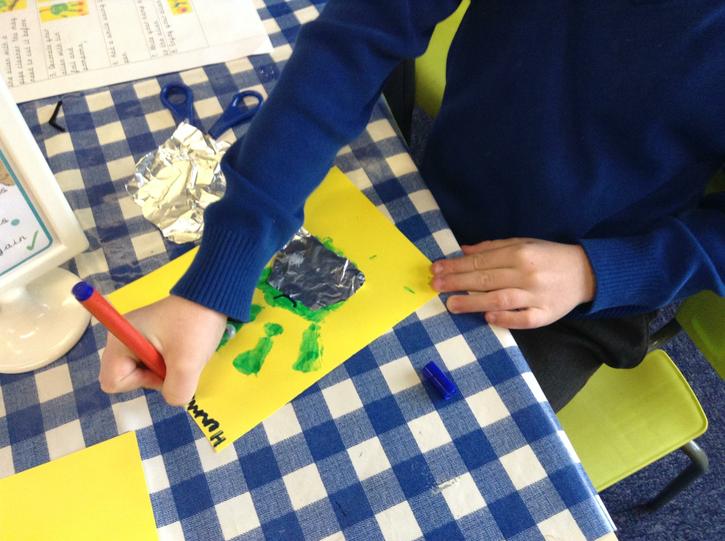 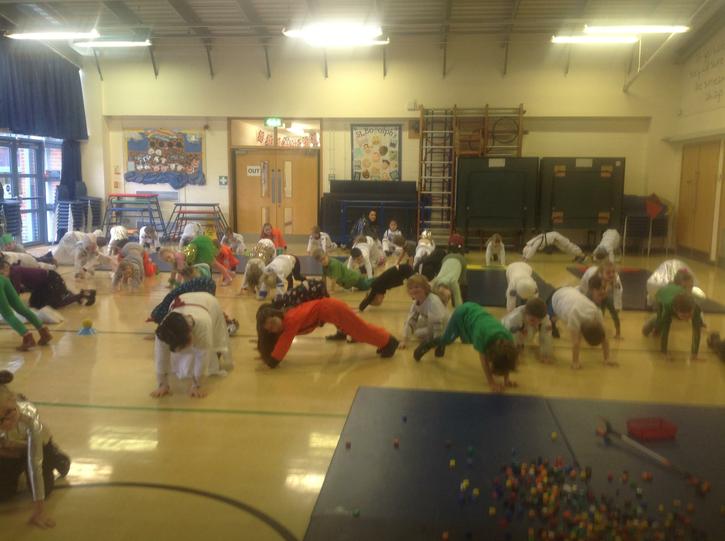 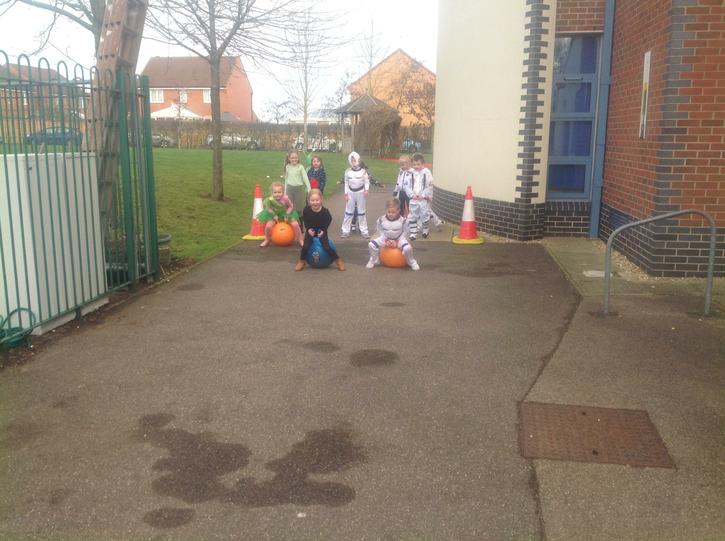 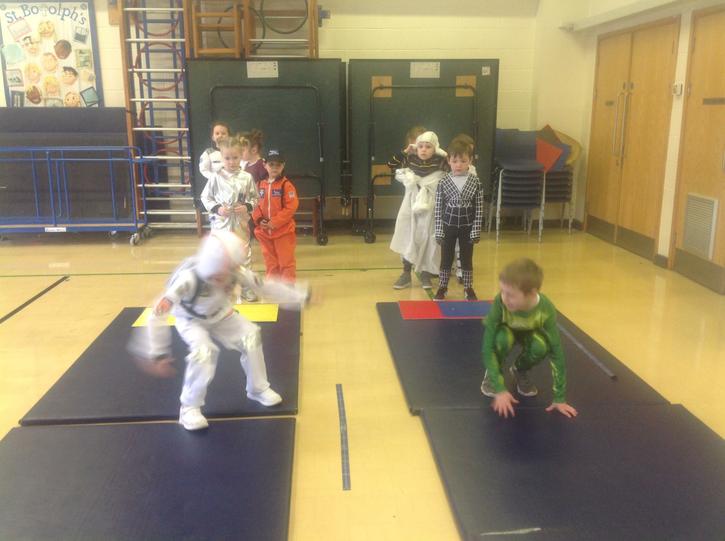 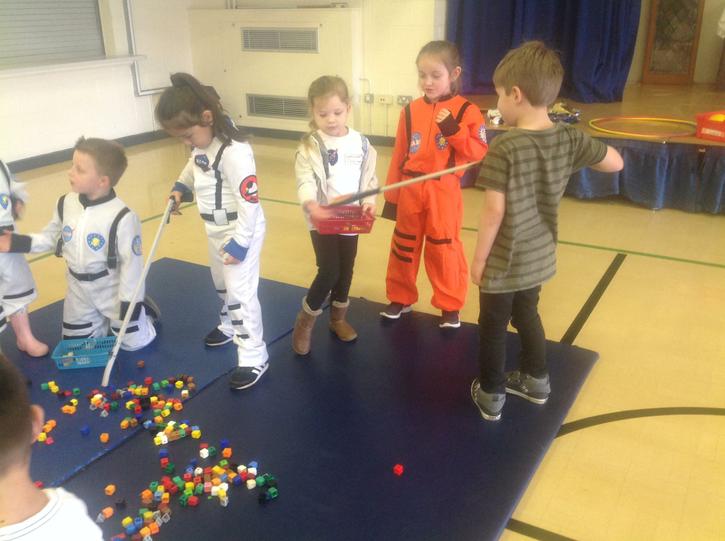 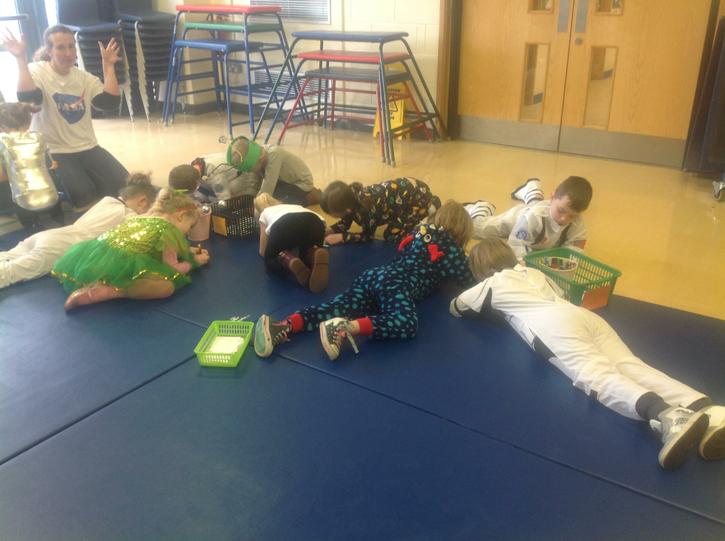 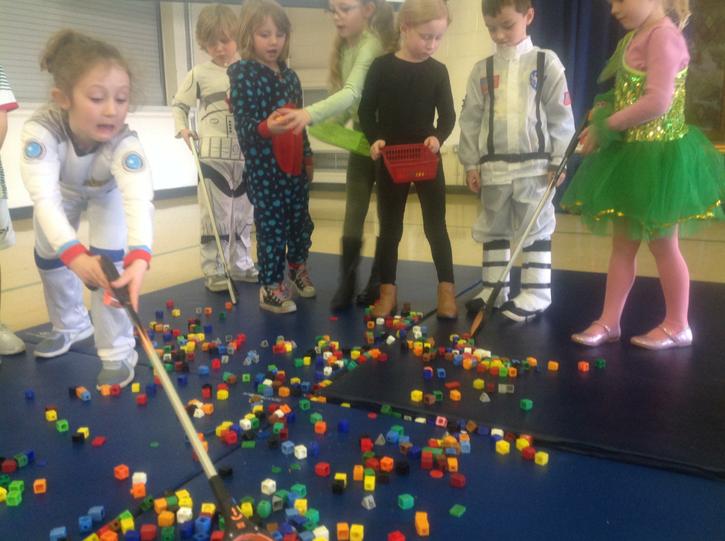 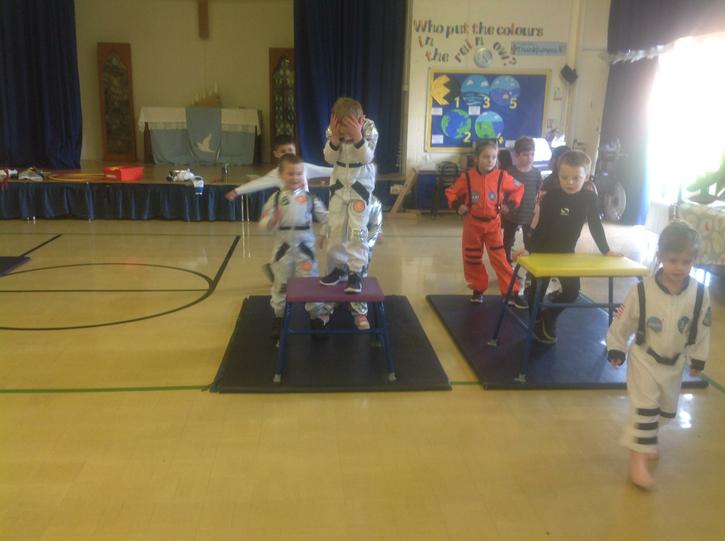 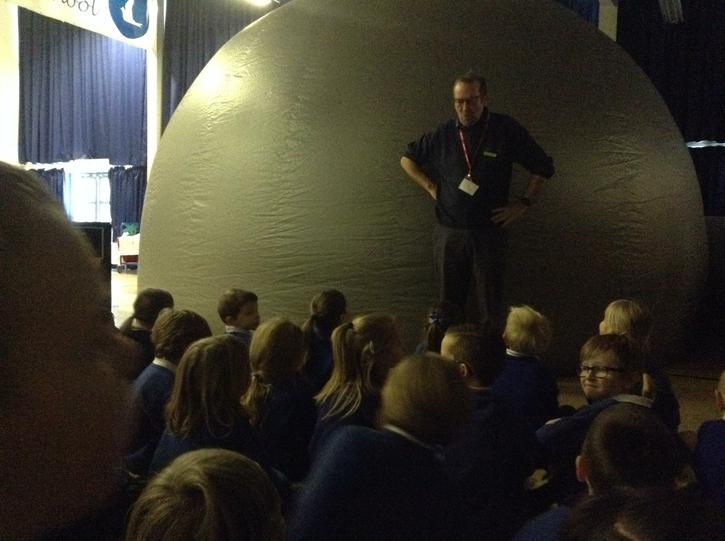 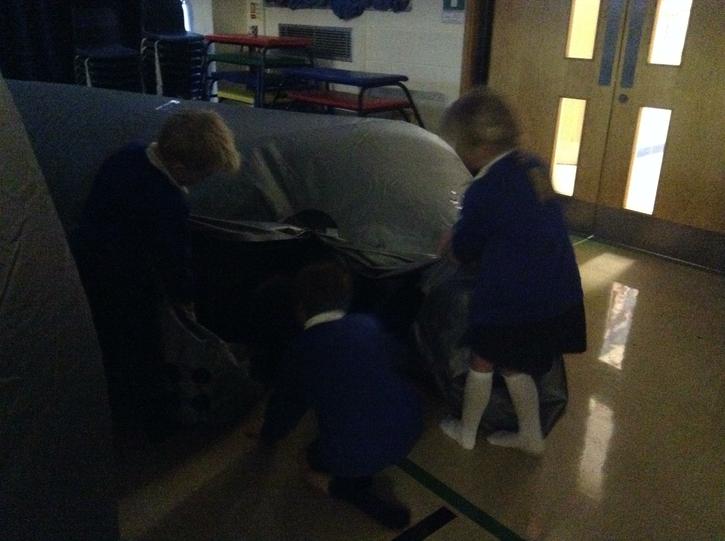 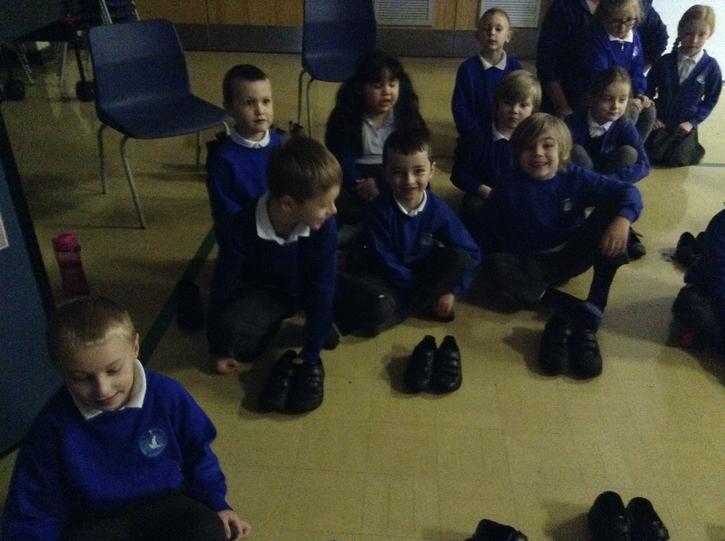